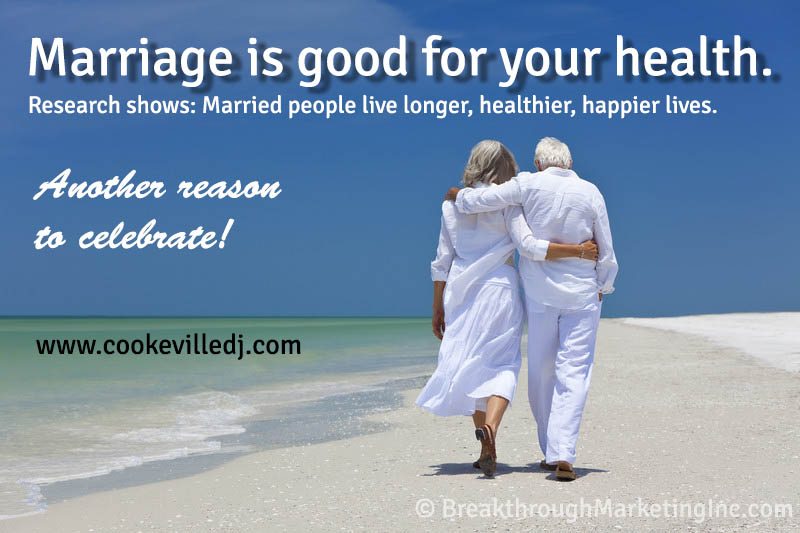 We live to celebrate. No celebration is more special than a wedding.  Scott Stevens Entertainment knows, because we specialize in wedding entertainment. But did you also know marriage is good for your health?

Comedians who like to poke fun at their spouses love to make marriage the butt of their jokes. For example:

In the first year of marriage, the man speaks and the woman listens.

In the second year, the woman speaks and the man listens.

But by the third year, they both speak and the neighbors listen.

The longterm beauty of marriage

When you set aside the foibles of each of us and look at the longterm beauty of marriage objectively, you’re faced with a shocking realization: marriage is good for your health!  According to research, you will actually live a longer, healthier life if you’re married. 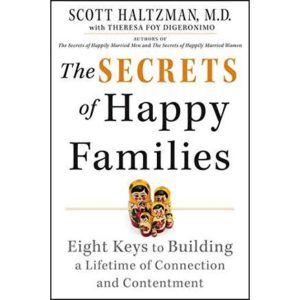 This research was conducted by Scott Haltzman, MD, who is a clinical assistant professor in the Department of Psychiatry and Human Behavior at Brown University in Rhode Island. He is the author of The Secrets of Happy Families: Eight Keys to Building a Lifetime of Connection and Contentment.

√  Have a lower risk of depression.

√ Have a lower risk for advanced cancer.

√ Survive longer when cancer does strike.

The difference for men is even more dramatic.  Married men live on average 17 years longer than single men!

Marriage IS good for your health!

Marriage is so therapeutic to men, that a married man with heart disease will live an average of four years longer than a single man with a healthy heart.

Both unmarried women and men have much higher rates of depression than their married counterparts, but with men, the differential is glaring.  Unmarried men are nine times as likely as married men to suffer from depression.

Former late night talk show host and funny man, David Letterman, even admitted that divorce is harmful to your health, but he had to insert a punchline, of course:

“According to a new survey, people who get divorced die early. People who stay married live longer. The difference is they just wish they were dead.”

Marriage is worth celebrating!

Congratulations on your upcoming marriage.